How I Played My Music Live On National Television

One of the reasons for myself doing this blog is the fact that I’m a DIY artist myself (well, I’m one fifth of a self releasing band) and all the marketing tips that I pass on are ones that I use or ones that I would recommend to others.  I like to think that you’re getting tried and tested marketing information coupled with the benefit of ‘first hand’ experience which is something not a lot of people can provide in their music marketing blogs.

A couple of days ago I performed our latest music release live on national television (in the UK) and we didn’t need a plugger or any other paid intermediary to get us there.

I feel that I should try and reflect on that experience and see if there’s anything marketing advice or wisdom that I can pass on through this blog which might help other artists in some way.  So here goes.

Our latest release is a song reflecting on the life of steeplejack and UK television personality Fred Dibnah, a working class hero of a bygone age.  As part of the usual round of promo/marketing I sent a copy of the song to a national DJ who has played some of our music on his show before.  He liked this song and duly played it on his show.  The song was heard by the executive producer of a TV show who decided it would be a good ‘item’ to have us perform the song live on the show.

Chatting on the TV sofa.

So how/why did this chain of events occur.

Your music will always be the best form of marketing you have.  It doesn’t matter if you’re a marketing maharaji, Facebook ninja, a Twitter killer, forget HOW to market, think about WHAT you’re marketing and that’s your music.  First and foremost your music needs to make that connection.  Your music needs to generate a response in people, the best music makes people, laugh, cry, think and a million and one other responses I could list if I wasn’t so busy. Thankfully our song did create that response.  It caused people to remember, reflect on earlier times, shed a tear about someone who is no longer with us. It hit home.  Make music that connects with people.

Adele’s music creates an (emotional) response in her listeners. Does YOUR music trigger a response?

Your music should also stand out from the crowd.  It should cause people to make a remark to others and to share it. It should be remarkable so that the media/press etc want to play it, talk about it, give it some exposure. Our song is quite unique in terms of subject matter, production style and the fact that my outfit are a comedy band recording a ‘serious’ song.  All matters that are remarkable.  Having great music is good, having great music that causes people to pass comment and tell their friends?  Even better. 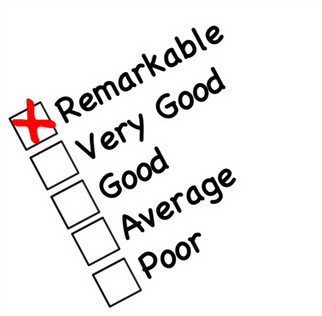 Getting national airplay isn’t something that even signed artists and acts can guarantee.  In some respects the song got played because it was remarkable (see point number two!) but in addition  I had an existing connection the the radio presenter.  These relationships with influencers are something that you should look to build over time.  ‘Build’ your world with good music and the coverage or airplay you receive is the start of building a relationship with that person.  Follow them on Twitter, get to know and be part of ‘their’ world.  These things don’t happen overnight, feed these ‘influencers’  great music but ultimately you can’t expect them to have an interest in you when you aren’t interested in them. Have relationships with fans AND influencers.

You don’t have to ‘get into bed’ people in the media, but work on building long term relationships with influencers.

Everyone needs some luck, however you need to be in a position to create your own opportunities.