We’ve already discussed how people have suggested that video uploaded to Facebook will get more engagement on that platform than posting links to YouTube.  This recent article by Ryan Solutions confirms that with four times as much engagement with video hosted natively (the orange numbers are natively hosted video compared to external links to YouTube etc) over external links. 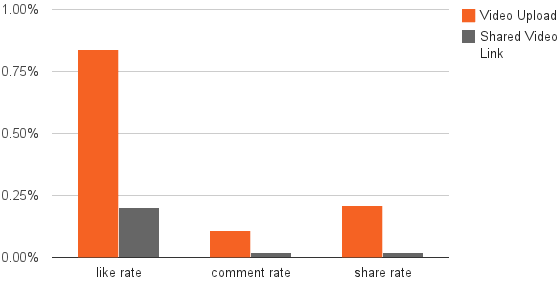 As an experiment I uploaded a music video to Facebook which had already been on YouTube for seven months earning a respectible 17,000 views in 7 months.  Uploaded to Facebook, the video was viewed on Facebook 6,164 times in less than 36 hours.  It obviously still has some way to go to reach the total of its YouTube predecessor however one third of the views in two days for an old video is very good going. 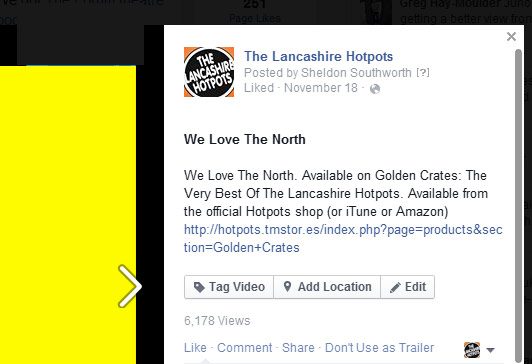 If you’re looking for a video strategy, here’s my advice.  Upload to YouTube first.  Plug this newly uploaded video on Facebook and Twitter.  Then, when the buzz has died down, upload to Facebook shortly after for a second bite of the cherry.  Uploading your old music promos to Facebook video is a good way of giving them a new lease of life.