Creating A Timeline To Promote A Single Release Part 2

Following on from yesterday’s first half, here is the last section of our single release timeline.

Chase up press, blogs, radio etc. to gauge their reaction.  Are they going to play it? Offer yourself for  interviews etc.

Create teasers for forthcoming music video (6-10 seconds) uploaded every couple of days on Facebook video and Vine/Instagram video if you have accounts for those.

One week before release 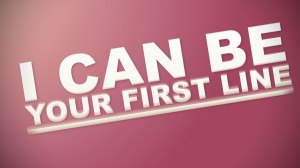 Music promo uploaded to YouTube and promoted via social channels and your website. Links to iTunes promoted via the same channels.

Alternate daily with either posts to YouTube video or links to online store.  Upload music promo to Facebook video at the end of the week with links to iTunes etc.

One week after release

Behind the scenes of the filming the music promo uploaded to YouTube, Facebook etc.  Continue posting links to iTunes etc.

Now is the time to gauge the success of the campaign.  What worked?  What didn’t?  How will you change things next time?  Keep track of people who played/reviewed the track and keep in touch via Twitter etc.  Use these as the targets of your next campaign. There are still other factors that you might want to consider including timing a gig or two around the single release, read these articles for more ideas: